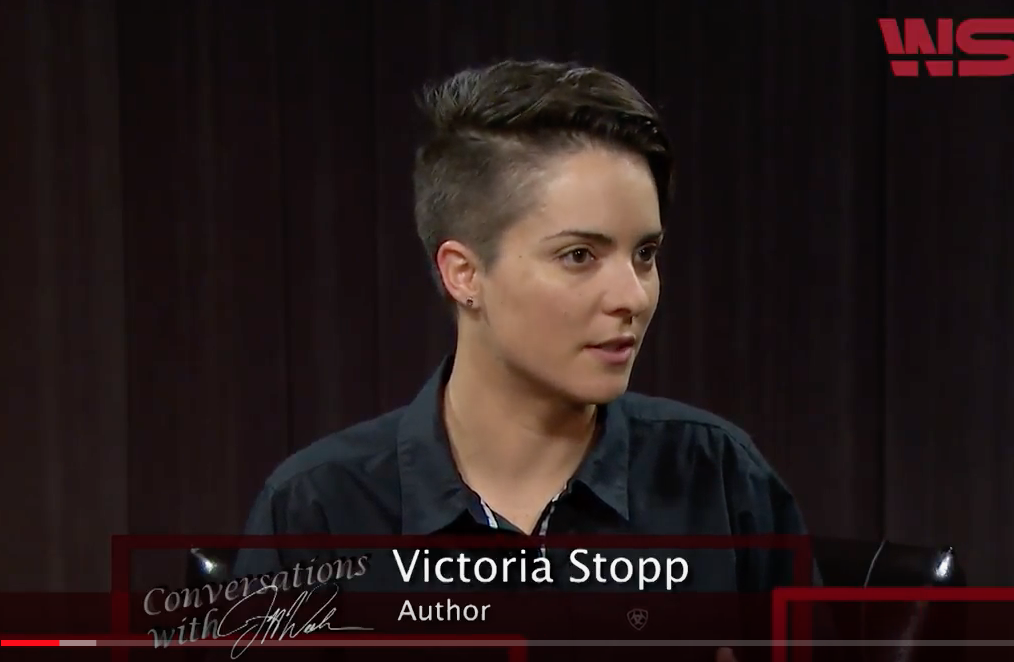 One of the best learning experiences so far came in the form of a nearly 30-minute interview on our PBS affiliate, WSRE. It was a lesson in controlling nerves, staying calm, and going with the flow. For starters, I wasn’t fully aware of the concept of a greenroom until I sat in it and looked around. The walls, carpet, and furniture really were all green. I later read that the green should’ve been soothing to me, but I was nervous, and no color was going to change that fact. Click here to watch the interview online.

As I waited for the crew to set up for our show, a very nice woman put powder on my face so I wouldn’t reflect the stage lights off my skin. I looked at the photos and art on the walls, took an awkward makeup mirror selfie, then met the host and headed toward the production room. It was my first time in a professional production room and I was less than thrilled to find it devoid of windows. I swallowed my panic, glanced toward the exit, then got miked and sat down for the interview.

Even though I was nervous– this one was filmed before the Fox 5 interview, although it didn’t air until a month later– I had a great experience and learned a ton. Mainly, next time I go on camera, I’m going to pretend I’m just talking with friends in a restaurant or something rather than feeling awestruck and overly aware of the production environment. Luckily, Jeff, the host, is a great guy, and that definitely helped me get more comfortable on camera.

The episode aired recently, and watching myself on television was strange. When the show first came on, I paced around in front of the tv before eventually settling onto my yoga mat to watch from the floor. Onscreen, my voice sounded different than the way I hear it in my head. I felt detached and distant as I watched myself, like it really wasn’t me who’d been interviewed. I picked apart my every move and word for a few minutes, then tried to just watch the show like I was interested in it rather than interested in criticizing it. Overall, I think it went pretty well, and I’m proud to have taken my chances and pushed down my insecurities.

Next up on the author journey is another podcast appearance, and I’m really looking forward to it. It’s a new podcast called Restoration Row, and a professional actress will read from my book after my interview! I keep meeting more and more great people through the marketing of my book, and it’s by far the best perk of authorship. Plus, every interview is a little easier than the one before. I guess, like most things, practice makes (almost) perfect.