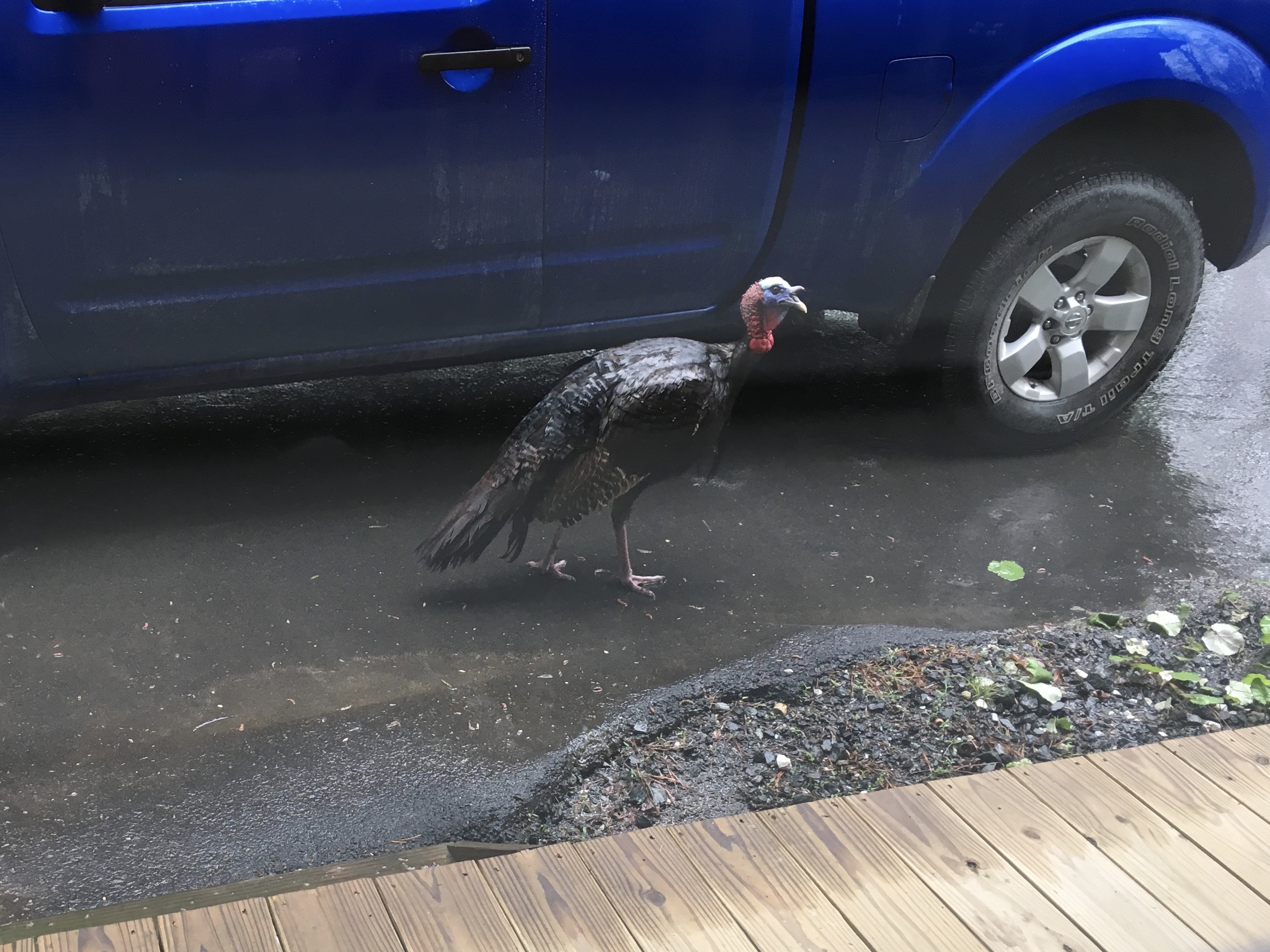 As week one of a two-week writer’s retreat slipped into history this afternoon, I lay on the bed half naked and reflected on what I’d learned and experienced in seven days. The radiator in my cabin put off wonderfully soothing heat while constant rain pummeled the roof. I’m not a napper (I have a hard enough time sleeping at night, let alone luxury-resting in the daytime), but I was in a state of partial consciousness. The only sounds were expected— gusts of wind moving branches, the radiator popping as it heated—when suddenly a tremendous pounding scared me into fight mode.

Pantsless, I rolled nimbly off the bed and flat onto the floor, no easy feat considering my back was causing me intense pain most of the day. The noise persisted, like a gong being beaten, although not in rhythm. Something was very wrong, and I imagined someone trying to break into my cabin. I crawled on my belly across the floor beneath the line of windows, then cautiously raised my head to assess the threat. Two feet away stood a large, angry turkey. He was squared up with the side of my truck (which was parked almost up against the front door of my cabin), and over and over again he postured, then rammed his beak into the side of the truck. Relieved and shocked, I scrambled for my phone, glad I wouldn’t have to fight off an intruder with the nearby paring knife and wine bottle. I got three pictures and one video through the windows before he took off for parts unknown, apparently unbothered by the ceaseless rain but quite bothered by my truck.

Now, in no particular order, I’ll list a few things I’ve learned in my nine days away from home (seven in the cabin).