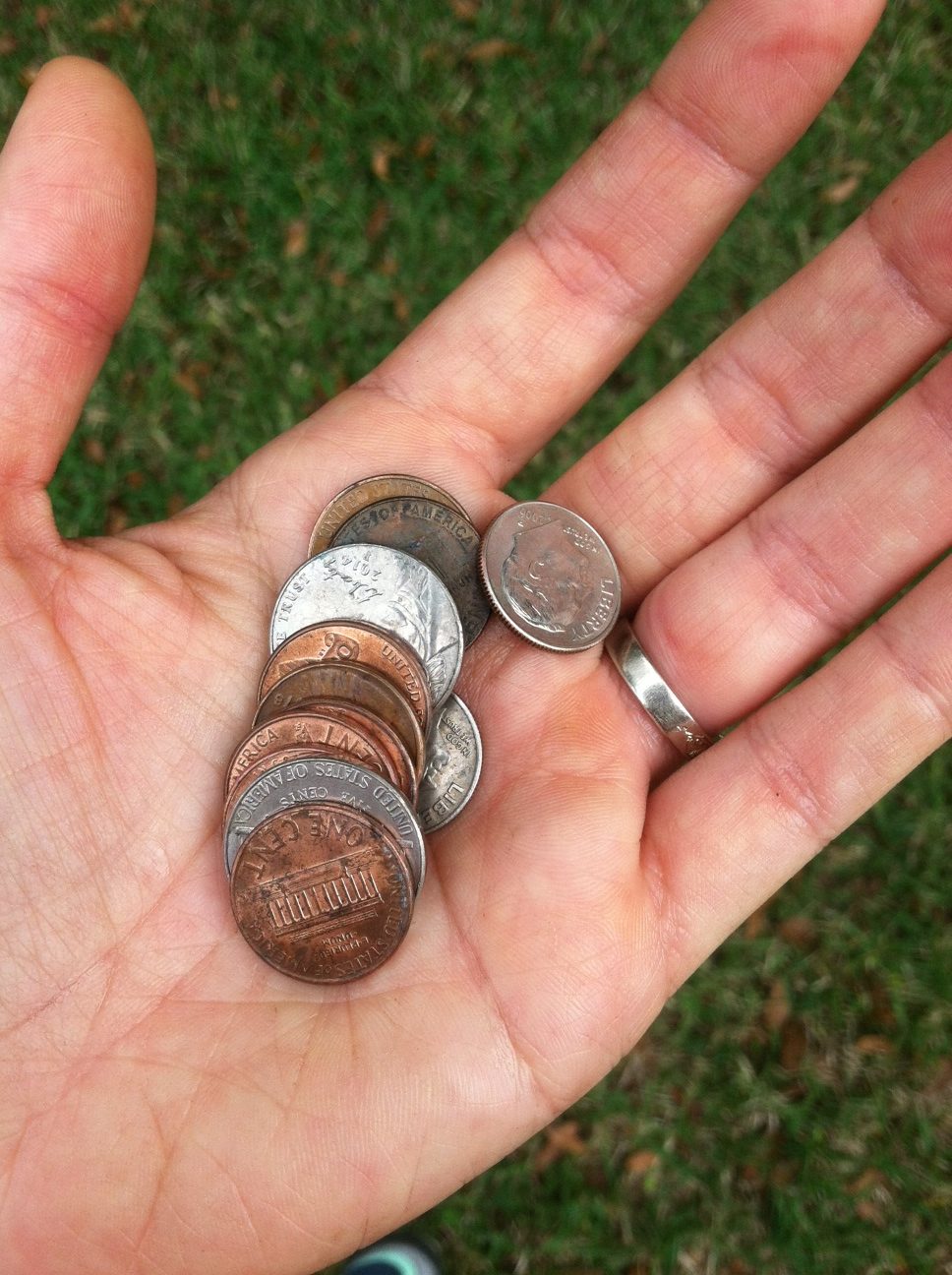 I felt discouraged by my financial situation and worried about the future. We’d just received our open enrollment notice and, as expected, our health insurance premiums will skyrocket again, deductibles will go up, and covered services will go down. I decided on a morning run to clear my head so I could get some writing done later.

As I bent over to stretch my back, I caught sight of copper glinting in the sun. A penny! I always get excited when I find money while running and will stop for even one ragged cent. But when I picked up the penny that’d caught my eye, I saw the edge of a nickel under the dirt. Riches! The more I scuffed around with my hand, the more I found. When I was confident that I’d found every bit of money, I counted my coins. Thirty-eight cents!

The money was heavy and dirty in my hand. I was sweating pretty heavily, and the coins slid around in my palm. I briefly thought of leaving them in the park, but then I remembered my financial anxiety from earlier in the morning. Walk away from free money just because it was a little uncomfortable to get it home?

I felt like there was a lesson in those coins, but I wasn’t sure exactly what it was. Something about how having money can be its own type of burden? Or that I put so much psychologic energy into worrying about money that a handful of coins just appeared at my feet? So I shouldn’t worry about money and/or I shouldn’t put too much stock into the idea that having more money would ease any burdens? I don’t know, but I ran with the handful of dirty coins another two miles back home, because they seemed to mean more than just thirty-eight cents.

Song in my head: I Don’t Understand Anything by Everything But The Girl